The Animal Hospital in Plainville hosted an open house on Saturday, March 18 to show off their new large animal expansion to the public.  A large crowd enjoyed the free food and a look at the area that will efficiently handle large animals, and also have additional office and work space for the staff. 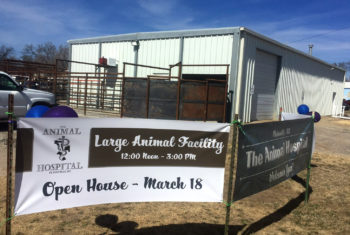 Dr. Lauren Mack, DVM, came to Plainville in in May of 2014, acquiring the practice from longtime resident Dr. Armin Kelly.  Less than three years later, Mack has expanded the business, and added additional staff.  “We saw the need and our facilities are older, and earned their keep for a number of years, but were not suited to our type of work,” Mack said.  “When the former American Eagle building became available, we took the opportunity and started designing a working facility to involve the structure.”

With the new facility, her team will be able to work cattle of all sizes.  There is additional horse facilities, including horse stocks, and an added ultra-sound.  There is also space for small ruminants in a warm area.  The facility has meeting rooms and office space. 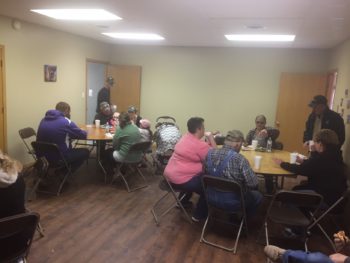