Several major business expansions now underway in Rooks County are bringing the year 2015 to a good conclusion.  Overall in 2015, in addition to the expansions, nineteen new businesses were started in the county despite the downturn in the oil and agriculture economies. 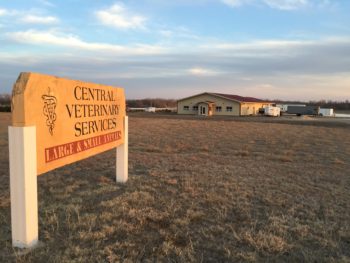 The expansion at Central Veterinary Services in Stockton is nearing completion of the building portion.  The newly-expanded clinic will consolidate both small and large animal operations into one complex located just east of Stockton on U.S. Highway 24.  The new clinic will include room for small animal care, which has always been located in downtown Stockton on Main Street.  Completion is expected in early 2016.  The business is owned and operated by Drs. Craig and Jessica Iwanski. 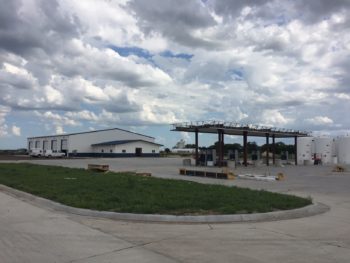 Bosselman Energy (formerly Turnbull Oil) in Plainville has begun expansion of their facility on the north side of Plainville along U.S. Highway 183.  The expansion of their bulk fuel delivery system will allow for a larger capacity than the current facility at the west end of Plainville’s downtown district.  Also included in the expansion will be additional buildings used for the multitude of trucks used for fuel distribution throughout the multi-state region.  The expansion is expected to be completed later in 2016. 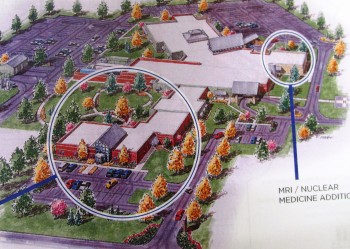 Even though no dirt has been turned at this point, the planned Phase I expansion at Rooks County Health Center is well underway.  The first major expansion at the hospital since it’s opening in 2008 will include a new MRI and Nuclear Medicine addition.  The new addition will be located at the west end of the current facility.  No date has been set for completion, even though it is expected that the new areas could be in use by 2017.  A Phase II expansion is planned for the future, with fundraising efforts now underway.  Phase II will include new Physical Therapy areas and an expansion of beds.

One other project is less of an expansion and more of a new business.  The Plainville Recreation Commission has for many years operated as a very successful organization in Plainville, but has never had their own facility.  That will all change in 2016 when the new Recreation Center will open in what used to be the Duckwall’s building in downtown.  The new facility will include weight lifting equipment, workout equipment such as treadmills and ellipticals, and an exercise area.  Work is now being done on the new facility and completion is expected in the middle of 2016.

For more information on business development in Rooks County, contact Rooks County Economic Development at 785-425-6881 or by email at rooksed@ruraltel.net.